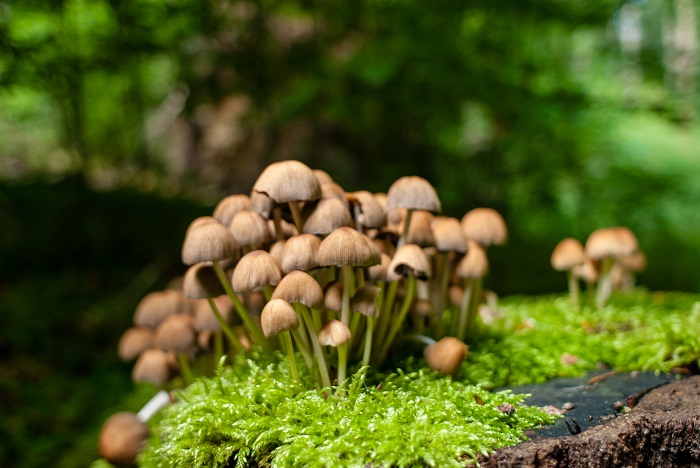 Mushrooms and mushrooms are a delicacy for many people. There are those who simply go to the supermarket or specialized stores and there are others who like to pick up what they later drink. For those inexperienced “mycologists”, you have to follow some recognition guidelines to avoid picking up poisonous ones,  much less putting them in your mouth. Let’s see them.

AMANITA PHALLOIDES , THE MOST IMPORTANT

Despite the fact that there is an extensive guide on mushrooms to avoid, Amanita phalloides is still the one that produces the most cases of poisoning. In addition, the fact that it has a powerful poison that can kill a person by taking just one specimen (or even less) also makes it important . This group of poisonous mushrooms of the Amanitas family can be found in forests and mountains from September to February . It does not have bright colors that make it unmistakable to the eye and that is why it is one of the most consumed by mistake.

The poison affects the central nervous system and symptoms range from nausea, vomiting, colic, diarrhea and even organ failure.

This basidiomycete fungus can be found in many forests in Europe and North America. It is large in size and not attractive to the eye. Despite its name (satanas) it is not as dangerous as the previous poisonous mushroom. We can see it growing around beech, oak, holm oak, etc.

If we eat Boletus satanas raw, it is partially toxic (it does not lead to death except for a large intake). When it is consumed cooked or a broth is made with it, it is indigestible. It causes dizziness, vomiting, intestinal disorders, etc. But it doesn’t go any further.

It has some curious colors and that is why it is a very easily recognizable mushroom . She is also very famous in fantastic books and we have seen her in a multitude of books and movies. It is a psychotropic basidiomycete fungus that paralyzes the insects that land on these poisonous mushrooms.

We can see it growing in many places from early summer to late fall . It is much more toxic than the previous case since its venom is neurotoxic . It affects the liver, the intestines and its consequences are very serious (although depending on the amount they are not fatal).

We can see Russula emetica in many pine forests and humid areas from summer to autumn. In Spain it is widespread and physically very attractive (which reminds us that they are usually toxic).

They are not very toxic but they do cause intestinal disorders that range from dizziness, vomiting and diarrhea. These symptoms appear either within a few hours of having consumed it or even within a few weeks.

A group of poisonous mushrooms of slight toxicity and easily recognizable.

It is known as the false chanterelle and is that in truth, Lactarius torminosus looks quite similar to the chanterelle . Like the previous case, it is not very toxic and its intake only produces slight stomach disorders. We can see it in many forests and mountainous areas between summer and autumn.

Its toxicity manifests itself within minutes or hours of having consumed it.

Another basidiomycete fungus also toxic. Among its compounds are Amatoxins, a powerful peptide that inhibits many cellular functions . If the previous cases of mushrooms seemed little toxic to you, this one takes the cake. It is responsible for many deaths by ingestion and produces one of the most serious cases of poisoning by poisonous mushrooms.

Symptoms appear between 6 and 24 hours after consumption. It affects the liver and creates kidney failure that, if not taken, kills a person in less than 4 days.

Here are a few examples of poisonous mushrooms. There are many more, which we will get to know little by little through the mushroom cards. You can see this category here.